A Brief History of Configuration as Code

Configuration as Code is not new. There are a few subtle distinctions that are worth pointing out:

Nagios is a monitoring tool built in 2002. Sensu is also a monitoring tool, built around 2011. There are plenty of differences, but for this case study I’m going to focus on how these tools are configured by their users.

Nagios’s configuration file format is bespoke, but you can use the nagios binary to verify its correctness. It has a everything from low-level resource definitions to object templating and inheritance as well as macros and variable expressions. Its configuration language is designed to be currated by humans. This hasn’t stopped engineers from writing parsers ([1], [2], [3]) so they can write Nagios config as code.

To put it another way, the original Sensu authors wanted the JSON to be an “intermediate form” (where the human readable form was the users’ choice (chef code), then deployed to JSON for sensu to read, eventually ending up as internal Sensu (ruby) objects).

Why? Why would the Sensu authors make their system use configuration format that is hostile to humans (JSON)? I think they were building it this way for two reasons:

DSLs or Making Your Users Not Care

DSLs are a mixed bag. Evaluating a DSL for its usefulness comes down to one key thing:

How much intellectual effort does this DSL save me, compared to the intellectual cost of understanding and working with the intermediate form directly?

It is naive to think that all this is is some alternative way to make JSON. The real power comes from building abstractions on top, and allowing it to live in the surrounding ecosystem of configuration:

This kind of integration was never possible with Nagios’s configuration language, even with all its templates, inheritance, and variable interpolation.

But for these users of Sensu, they never hand-made the JSON in the first place. To them, the configuration management language they use is the config language they use, they don’t care about the JSON intermediate form (for all they care, it doesn’t even exist and is an implementation detail).

What About k8s DSLs?

Kubernetes’ (k8s) popularity, combined with it’s “almost human readable api” format (when you look at it in YAML form), have created a cottage industry of tools built to deal with k8s’s “intermediate form YAML”.

There is a subtle difference though between all these tools and the Sensu example above: people care about the intermediate form with k8s. For k8s, the YAML is the k8s configuration language, so any tool that “compiles” to k8s YAML must have the ability to allow users to inspect that intermediate form.

For some reason (probably the fact that YAML is human readable and the kubectl apply command exists), we see it as the “primary” form, and not the intermediate. We don’t see the same sort of standard held against Terraform. Nobody really cares about the intermediate JSON that flows between Terraform and cloud APIs, to Terraform users, the Terraform DSL is what matters.

YAML: A Beast That Can Be Tamed 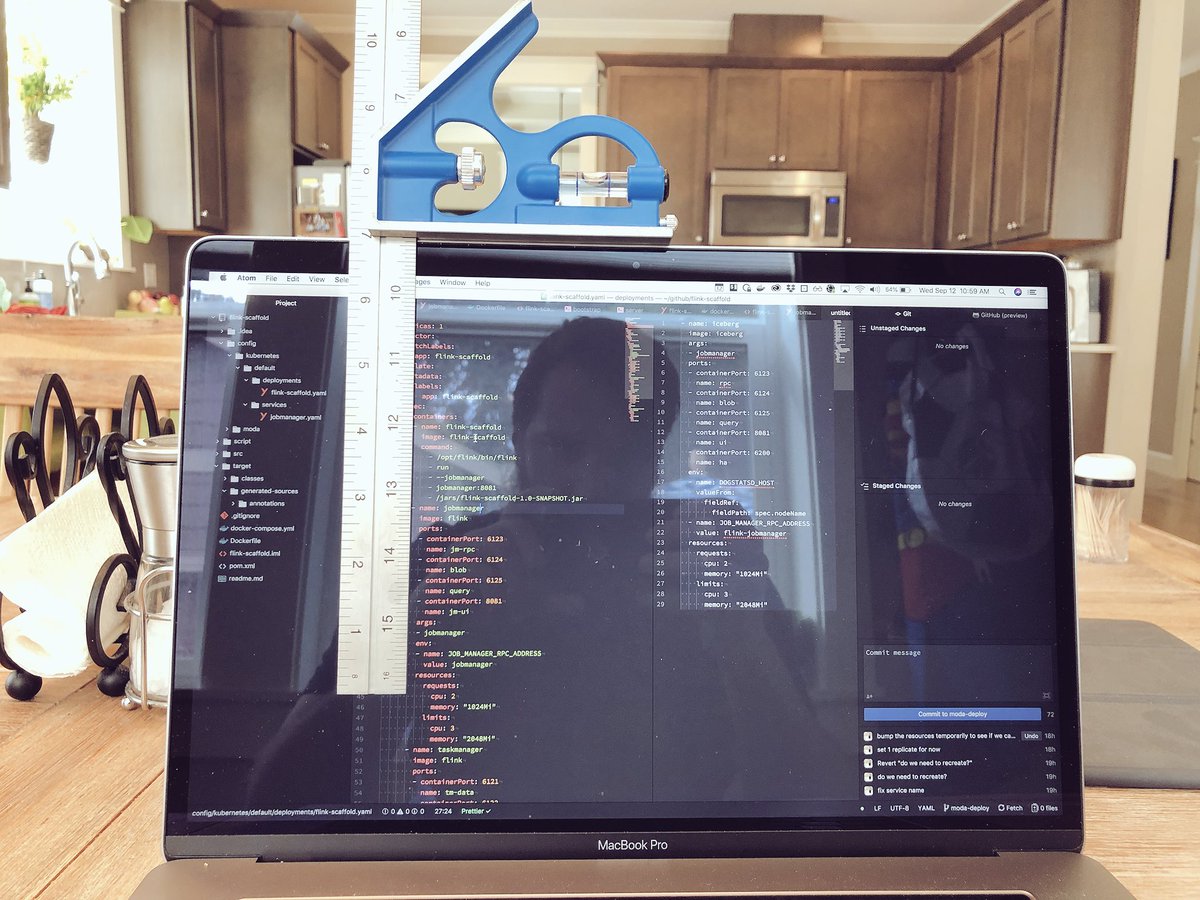 The question to me is:

I think YAML is a fine input format for humans for DSLs and such. I think it does not need to be an output format for computers to read, and gives a false impression that humans should be meeting computers where they are at.

When YAML is used as an input format only, then humans can decide what the inputs are, not the machines. When the YAML generated by humans is intended to be used directly by an API (k8s in these examples), then there will be an impedance mismatch.

I see a couple of paths for infrastructure developers to potentially take:

For the record, I’m in favor of approach #4.

Is It “Code as Configuration” Worth It?

Some of the industry is pushing things in favor of approach #2. It usually starts with a look at how much duplication there is in the YAML files, and the urge to DRY out the configs takes hold. Although YAML does have built-in functions to help reduce some duplication, they only operate on hashes.

Some day I’ll do a comprehensive blog post comparing all these tools.

Why do these tools exist? My best guess is:

When the problem domain hits that level of complexity, then the answer is not config generation, the answer is a new level of abstraction and automation. When you live in a dynamic environment when hosts come and go, do not write a nagios hosts configuration generator and turn a static tool into a dynamic one.

Infrastructure changes, and the true “data gravity” is in configuration.

Having configuration in declarative config formats allows change, validation, and linting. It allows infrastructure developers to easily build “seams” around that configuration, adding new features, refactoring old ones, and upgrading configuration en-masse, without having to “refactor” a codebase.

Which of these DAG configurations do you think would be easier to transition to a new platform?

See Ety’s boundary-layer and blog post for an example where it was worth it to them to define jobs in a declarative YAML format, instead of allowing developers to “just write python”.

YAML: Be Strict In What You Accept

YAML is a very flexible input language for humans, but in my opinion, too flexible. There are:

I’ve seen mistakes with the above in production many times. Want more, check out some other weird YAML gotchas.

After spending years of working with YAML, I’ve come to accept the good with the bad, BY NOT ALLOWING IN THE BAD.

My best advice is to look at pre-commit, yamllint, and strictyaml.

Just like any other flexible language, your organization will save time and avoid mistakes with a machine-enforced style guide.

You can come to your own conclusions, but I’ll tell you what I’ll continue to do for the users around me: